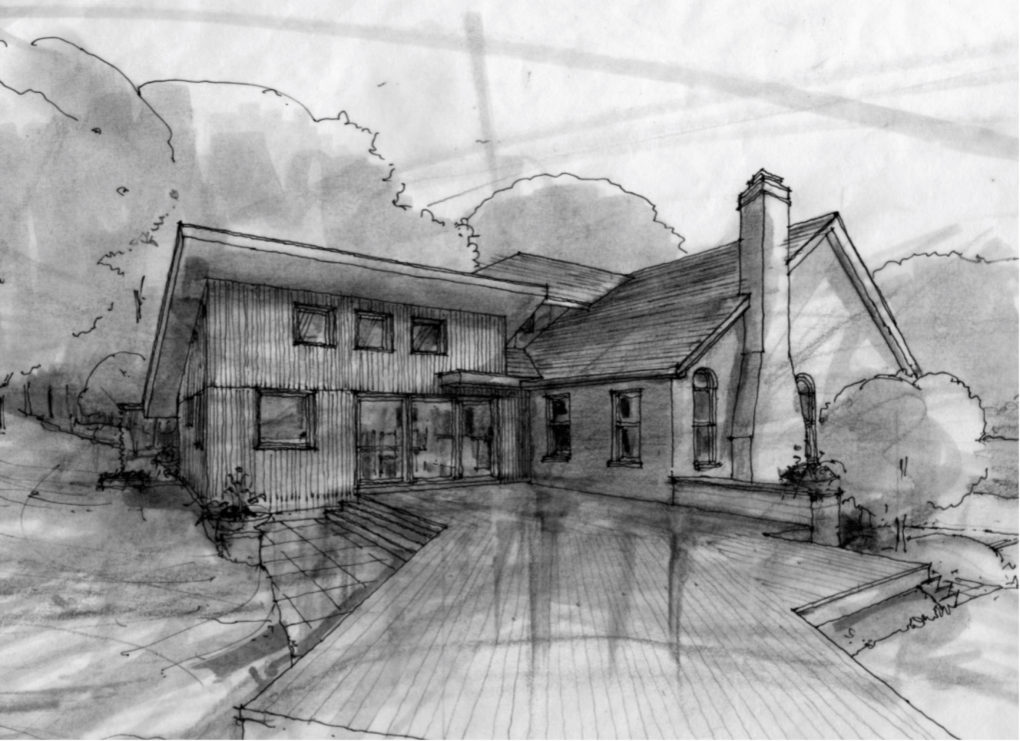 This month’s drawing depicts a proposed addition to a house near Cincinnati (pigment liner, gray markers, graphite pencils and pencil eraser on white trace paper). This was done as part of a series to explain a proposed design concept to a client.

The challenge here was designing a kitchen and dining room addition that would contrast in form and material to a standard 1990’s two story. Part of the solution involved holding the main roof of the addition slightly away from the house to accentuate the contrast. The drawing depicts vertical metal siding in contrast to the original house brick.

Thanks for looking; hope your spring is going great so far!